My laptop tried to take a flying leap off my dining room table, and my hard drive crashed. It may be a while before I can get back to putting up posts again, but I will! Maybe the holidays will present me with a new computer. In the meantime, I'm still taking suggestions for couples and accepting self submissions. Have a wonderful holiday season :)
Posted by PurpleNepenthe at 10:55 AM 3 comments:

Click here for a picture
Paris Vaughan, born Debra Lois Atkins and daughter of Sarah Vaughan, married Russ Courtnall in August 1995. They have three children Alexandra, Lawton, and Brooklyn. Paris is an actress, and Russ is a former NHL player from British Columbia.

My Comments: Paris doesn't seem to be acting any longer, but I can't find any information about what she does now beside being a mother and wife.

Posted by PurpleNepenthe at 10:30 AM 2 comments: 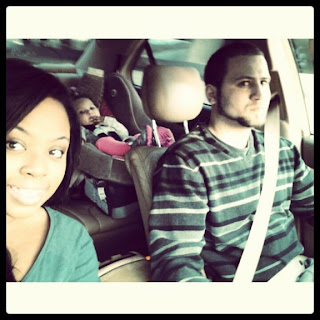 Amber and Nawras met in high-school June 2007, married June 2011, and welcomed daughter Laila later that year. Amber is a student, and Nawras is a business owner.
Posted by PurpleNepenthe at 10:30 AM No comments:

Click here for a picture and link to their bio
Sharon Kyle, an adjunct professor of law, is married to Dick Price, a publisher. Dick and Sharon run LA Progressive being the editor and publisher respectively. They have a blended family of four children and a grandchild.
Posted by PurpleNepenthe at 10:30 AM No comments:

Picture Here
Guinevere (played by Angel Coulby), a maidservant to Queen Morgana, at first dislikes Arthur (Bradley James), a prince. When there is a threat to the prince's life, she cares for him and a seed for change in her feelings toward him is planted. Over time their bond grows even through tragedy, betrayal, and magic. Eventually King Arthur proposes to Guinevere making her his queen.

Merlin was a TV series that ran from September 2008 to December 2012 on BBC. When is premiered there was a bit of a dissension over a woman of color cast as Guinevere.

My Comments: Angel Coulby does not specify her ethnic background in any interviews or bios that I could find.
Posted by PurpleNepenthe at 10:30 AM No comments: 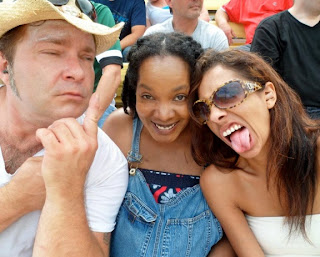 This is Robbin, Jim, and their daughter, Anastasia. Jim is on the left, Robbin in the middle, Anastasia on the right
Posted by PurpleNepenthe at 10:30 AM No comments: 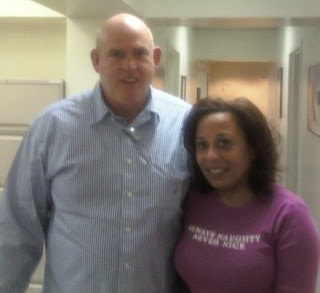 Jimmy and Gayle met online in December 2006 and found they only lived six miles away from each other! He is a retired fireman and she works for the government. They married December 29, 2012 at the firehouse. He has three children and one grandchild. She has no kids but is a terrific aunt to her niece and nephews.
Posted by PurpleNepenthe at 10:30 AM No comments:

Because it's nice to see couples that are just like me and my husband. There's no drama here, just nice pictures.
This blog makes me happy. It's my blog. It's my opinion. If you aren't content to be here, visit here, post here, then don't. If your comment even thinks about making me unhappy (which is obvious from one or two words) I don't read it, I delete it. It's a waste of your energy.
The blog is currently on hiatus indefinitely. Real life gets in the way of fun sometimes.